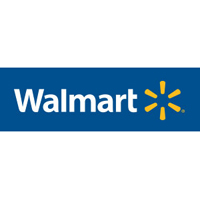 It took years of waiting. But, DMG was finally able to get client Digital Day Inc.’s ecommerce store LaptopBatteryExpress.com onto the Walmart Marketplace. Early results have exceeded expectations.

As a way to grow and compete with Amazon and eBay, in 2009 Walmart began a trial marketplace, allowing other retailers to sell alongside its own inventory.  Walmart proceeded slowly and cautiously with just six merchants to start.   This helped ensure a smooth, trouble-free as possible roll-out.

By 2014, Walmart had expanded to an estimated 300 merchant retailers.  But, the only way to become a Walmart Marketplace merchant was to be invited.

Walmart opened up to more merchants in April 2016.  Having laid in wait, this is when DMG struck.

Following a couple of months of set-up time, LaptopBatteryExpress.com has seen incremental growth due to its Walmart Marketplace presence. In just a short period of time.

The growth certainly isn’t earth-shattering at this point. But, things are rather encouraging.

Marketplaces In General: A Great Way To Augment Growth

There is also the relatively new Amazon Business marketplace, NewEgg and NewEgg Business.

DMG has been getting clients on marketplaces and shopping channels since the mid-2000s.  DMG helps:

sets up the accounts,

works with its partner for feed management, and